Chess is a game that is played almost everywhere around the world because of its immense popularity and complex gameplay. Everyone loves to enjoy chess as the game increases your intelligence, and it is convenient to play it anywhere you want.

People on the internet have also accepted chess in a very popular manner after apps dedicated to the classic game have been released in hundreds of variations. To play a chess game online, you need to visit the app store and try out some apps so you can understand which one suits you best and then install it on your device.

The game has been spreading like wildfire recently, so let’s check out some countries that are deeply involved with the game and have a significant population indulged in it daily.

Recently, a survey in Russia showed that the largest country in the world has the most active chess game title holders that go up to 2000 in numbers. These titles that the players hold are not mediocre but some of the best, which makes them exceptional in terms of their consistent chess players.

The nation has a total of 255 grandmasters in the game, and nowhere could anyone tell you that it is somewhat of a small feat. This number is special as the total number of grandmasters worldwide is 1600, which makes Russia have around 16 % of the best of best. Russian players have achieved 2621 titles for their nation from worldwide tournaments, which is a staggering number as the next top chess-playing nation has only 813, which makes the boundary huge.

The USA is popular in all kinds of sports across the world, and that includes chess as well. This game, designed to make you smart, is well enjoyed among the masses, and plenty of grandmasters from this country have shown that by living up and above their true potential.

The specialty of the United States of America is that they have 101 grandmasters, which is a lot considering the number of players that play the game professionally. Still, the individual players are exceptional and have natural talent, with strategies showing much evolution lately. Chess is being included in daily curriculums to cultivate the habit of playing it among youngsters of the newer generation. If this keeps up, they will slowly gain at Russia and can be counted as a more worthy rival than they are now.

China is another country that outranks other countries because of its sheer weight in the population. Intelligence is abundant in China, and the country has quite a few prominent chess players that make the country proud in every frontier. Roughly 3% of the global chess-playing population belongs to China. The country is recently investing in many new facilities so the game will be played more widely, and the chess-loving population has seemed to increase over the years gradually. Children in Chinese schools have also taken up the idea of celebrating the game excellently, so new players are pouring in on the game every day.

The real land of Chess, India, is where the game was invented in the 8th century and has spread worldwide. There are a lot of chess-playing institutes in India, and the game is promoted rightly in every manner at all corners of the country.

Some of the most famous grandmasters in the world are from India, and they hold their ranks firmly against top international players. India also has the most talent in rising young chess players. In the entire world, chess is played the most widely in this country and is a regular activity in school. The recent surge in online chess also saw some of the best young players from this subcontinent take on some of the top masters in the game very profoundly. Given the rate Chess is evolving in India, it might surpass the ones above in the list and soon take the spot as the best chess-playing country in the world.

Armenia is one of the most offbeat places in the world, and chess is a game celebrated very well here. The population is less in Armenia, but the place still has around 44 grandmasters, which says that the game is taken quite seriously. The players of Armenia have their unique style of playing the game and can hold their own when facing tough opponents. As days go by, Armenian players can be seen more in title challenges, and it is not far that they will rise as one of the most formidable chess countries. They have incredible motivation, and the old and young have a regular practice of the game so that they can learn something new every day.

Chess is a fantastic game and very simple to learn. If you have yet to play chess, do not worry, as it is never late for a start. Each player who plays the game contributes something individual and develops unique skills that help the game. With the growing popularity of online games, it is easy to learn and play chess. It has incredible health benefits and develops your brain’s intelligence in the best ways possible. You will contribute to society and your nation if you learn the game and spread the word. The international ranks keep changing, and you never know what new country might show a surprising interest in the game this new decade. 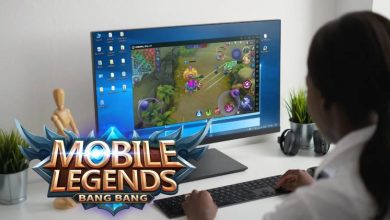 How to Play Mobile Legend on PC or Desktop 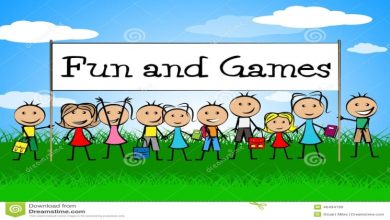 How to proxy websites
2 weeks ago